Map of the filmography on immigration in Italy: over 200 titles as a result of the work of researchers, filmmakers and migrant witnesses

Map of the filmography on immigration in Italy: over 200 titles as a result of the work of researchers, filmmakers and migrant witnessesJCTdeveloper2020-07-02T11:51:43+02:00 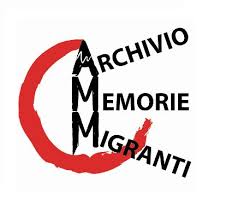 Link of the storymap>

Project realized for the Archive of Migrant Memories

The Archive of Migrant Memories was created to tell stories and testimonies collected within the School of Italian for Migrants. The shared narrative of one’s own traumatic experience flanks a therapeutic experiment initially carried out by a group of volunteers in collaboration with Doctors against Torture.
The collection of stories and narrations began to take shape in 2004. Everything started at ‘Magazzini di Tiburtina’, a large space then manned by a few hundred asylum seekers and political refugees from Dar Fur and the regions of the Horn of Africa, then forcefully cleared out by the Municipality of Rome in 2005.
It was there that the idea of ​​preserving the traces, narratives and testimonies of travel and arrival of migrants was defined. Together with what remained of the first autonomous community of reception for migrants in Rome, the first registrations of this rough welcoming reserved to the foreign ‘guests’ of Tiburtina were made, between the clothes and the photographs razed to the ground by the bulldozers.
In the Asinitas school founded on the legacies of this experience, the stories of migrants, expressed uncertainty and with the few words of Italian known, were used in educational activities as a trace of memory, and recognition, of one’s own cultural identity and improvement in knowledge of Italian by foreign migrants residing in Rome and its province.
The work at the Asinitas School in Ostiense street in Rome thus begins the first phase of the Archive carried out together with the educational operators and volunteers with whom the years of training and the first experimentation of projects for the collection and dissemination of audiovisual testimonies are shared. The activities of the School and the Archive are supported at the beginning (2005-2006) by the audiovisual archive of the workers’ and democratic movement with the contribution of Unicredit, and later (2007-2012) by the lettera27 Foundation.
From January 2012, the Archive of Migrant Memories was incorporated into a Social Promotion Association, moving to the headquarters of Gianni Bosio Club, in the House of Memory and History, and developing its own research and production of audio and video materials.

Customer needs: create a film collection that offers an overview of movie production that deals with the theme of migration in Italy

The idea of ​​creating a collection of testimonies of migrants comes from the Asinitas Association and, from 2008 onwards, it was carried on and became an official offshoot of the ‘Confini’ project supported by lettera27 Foundation. In January 2012, the Archive of Migrant Memories drew up its Charter as an autonomous Association for the promotion of social development (APS). The AMM brings together a group of volunteers, researchers and operators dealing with migrants and non-migrants, engaged in a participatory method to record current migration processes and their traces in the collective heritage of national and transnational
memory. AMM operates on two main levels: research, aimed at the documentation and archiving of written and oral production; and audiovisual testimonies, aimed at the production of audio and video documentaries. Over the past ten years, many films and documentaries have brought migrants experience and conditions to the forefront of public opinion in Italy. The need was to present not only the films but to give space to settings of the stories, and to give them citizens.
In the last twenty years, many films have brought the story of migrants in Italy into the center of the visual field. It is possible to trace over two hundred film titles shot throughout Italy starting from the early nineties: feature films, short films, documentaries, reportages, author films. This mapping of works that we consider interesting, and which often cannot be found in the main distribution circuits, responds to the need to offer an overview of film production that deals with the theme of migration in Italy.

Solution: a StoryMap to present the immigration filmography

Creation of a totally personalized StoryMap, using the Shortlist template, and personalizing the pop-up so as to integrate it in the contents of the site with the details of the filmography.

Benefits of the Story map

Showing the filmography on a map by introducing a new way of presenting these types of content geographically. In addition, the work was included in Esri’s Living Atlas.
http://www.archiviomemoriemigranti.net/gisviewer/
A very creative customization of the Shortlist story map template.

look at all our projects
Let’s discover what we can do for you. Contact us!