Previous Next
Mapping and data visualization: increase the geographical knowledge to create a more sustainable world

It is extremely important to improve the geographical knowledge of the young generations to create a more sustainable world, says Jack Dangermond, president of Esri. 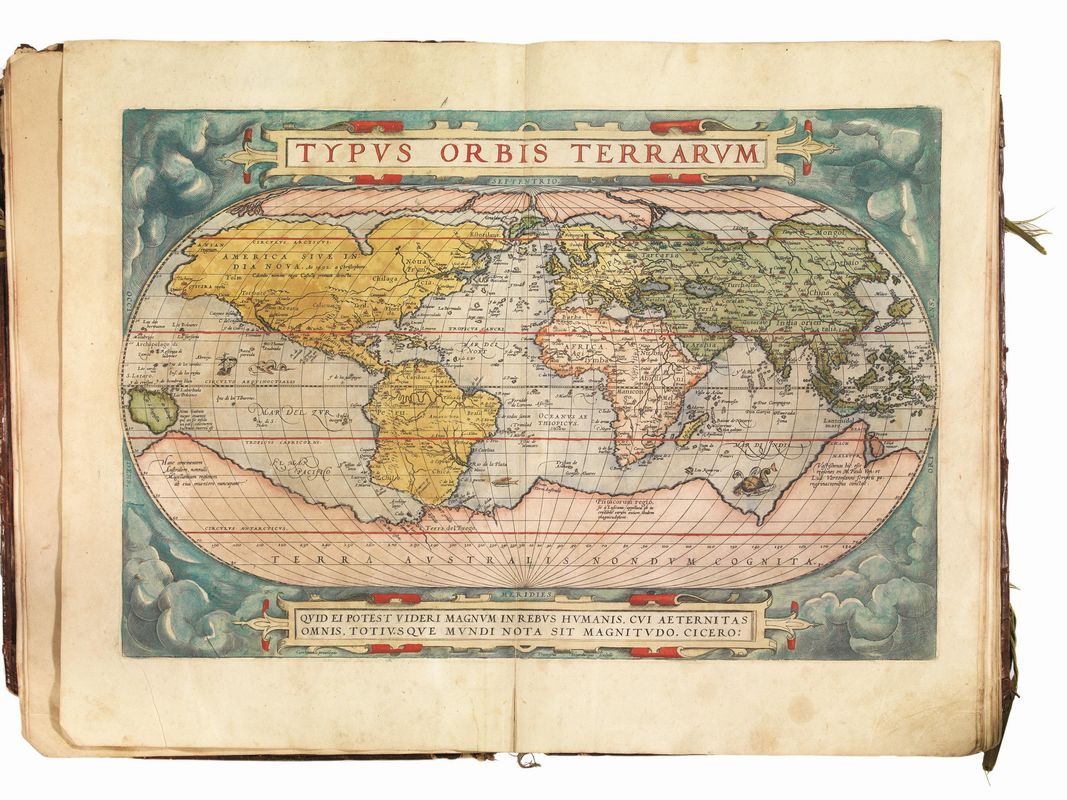 In 1570 the world’s first geographical atlas “Theatrum Orbis Terrarum” was published for the first time. A revolutionary set of maps and geographical information covering the known and existing world was unified all in one atlas by Abrahamus Ortelius. The idea of ​​the world as theater became “viral”. Who would have said that several years later, in 1599, William Shakespeare would build the Globe Theater:

All the world’s a stage,
And all the men and women merely players;
They have their exits and their entrances,
And one man in his time plays many parts.

It’s amazing how maps fascinate humanity. It is incredible how the map carries meanings that go far beyond the mere description of the physical world, its mountains and seas.

In these days my son reviewed the Italian regions. It’s a pity that the geography consists in repeating the names of the mountains, capitals, rivers, etc. It’s amazing instead seeing my son fascinated by looking at the map of a region and rediscovering the places of a journey and their spatial relationships with other places. Taking a look at a map always starts from one’s own experience, which inevitably enriches the lived experience with meanings that go well beyond the simple visual perception or the sad notionism of Italian school geography.

The representation of the earth and the phenomena that occur on it have always brought something incredible behind it. They have also greatly influenced humanity. Not only science but above all human and religious thought. The map represents the dynamism of humanity. 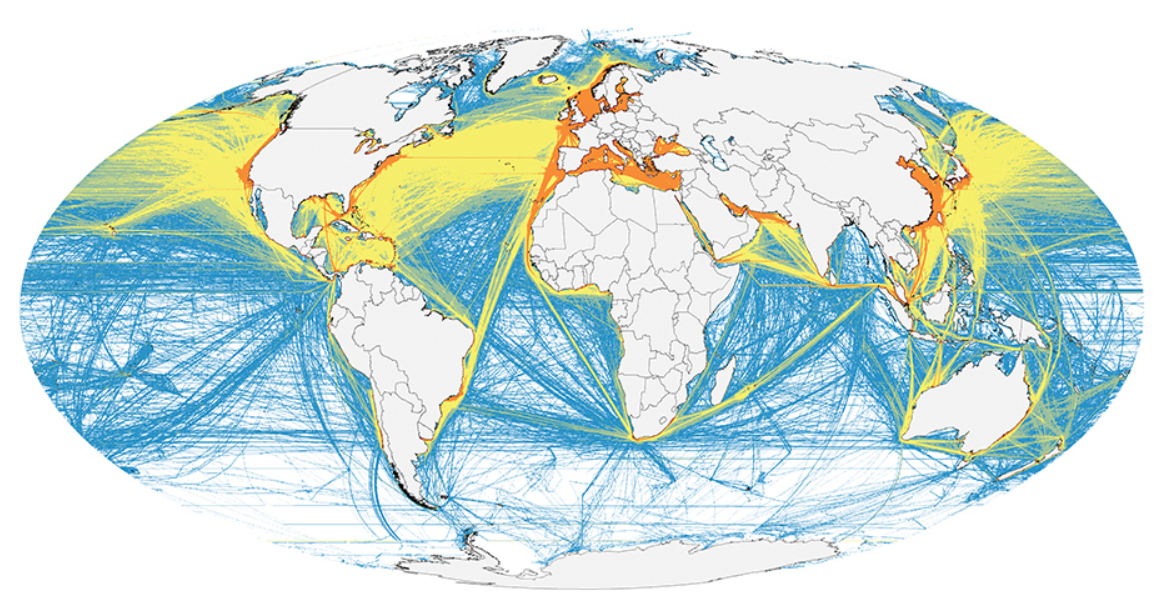 Of course, we are not talking only about maps but also about geospatial data (information that can be integrated with map), which still allow us to create beautiful cartographic representations.

Nowadays this information is helping us to examine in depth many issues and also to solve them. But the times are not so kind and the current situation must spur us on to make a leap forward.

Recently the Esri president Jack Dangermond, during the International Conference of Esri Users, underlined how extremely important is it to increase the geographical knowledge of the young generations to create a more sustainable world.

Geography is one step ahead to solve the problems of the 21st century. Providing young generations, like my son, with this knowledge will allow humanity to face the current challenges as it has always done throughout history.

The National Geographic Society, together with Esri, has long promoted a program for schools by providing students with tools for geographical knowledge and the creation of maps.

Inspiration has the ability to transcend real or perceived limits, to explore new possibilities, pushing us forward and giving us hope.

writes Vicki Phillips, Chief Education Officer of the National Geographic Society, while presenting #GenGeo, a global community of “Young explorers” that with empathy, tenacity, unbridled passion and an insatiable drive to seek solutions to build a sustainable future and a thriving planet.

That’s why investing in maps and young generations means supporting sustainable development by providing the needed geospatial knowledge to the humanity of the future. Unfortunate who does not realize this importance. The challenge is immense!

Making a map or creating graphics allows you to clear and better understand what are you studying, discussing or trying to solve.

COVID-19 has demonstrated very well that the important role the geospatial knowledge has played. The geographical dashboards pervaded the journalistic information:
see the geographical dashboard created by Johns Hopkins University (JHU) to follow the spread in the whole world, and the one that indicates the cases of contagions in the Umbria Region realized by gisAction.

Jeffrey Sachs, an economist and professor at Columbia University, president of the UN Sustainable Development Solutions Network (UNSDSN), organization that promotes the network of global scientific and technological skills for sustainable development, during his speech at Esri UC said that “you cannot protect the biome, you cannot manage COVID 19 without “Geospatial”. Geospatial knowledge is necessary in all domains “.

That’s nothing new, rather it is a rediscovery of something that have been used so many times. Certainly at least since the Colera epidemic of 1854 in London, when John Snow put his data on a map (geo-referencing them) thus discovering the real causes of this pathology and managing to stop the epidemic. It wasn’t the air but it is the water that spread the disease.

One thing is certain: COVID-19 has reinforced the fact that there is something wrong with the hitherto written script of our world as a theater. The division between rich and poor is drawing a dramatic ending for our world. The pandemic has widened the digital divide between developing and developed countries and has greatly strengthened the need to achieve the objectives of sustainable development.

Eliminating poverty, the primary objective of the sustainable development, cannot faced without the geographical contribution. Understanding poverty with geography is important.

But if our children or grandchildren are to be able to appropriate this geospatial knowledge, even those who administer public affairs must take giant steps in mapping and displaying geographical data. Even more so, non-governmental organizations and training organizations because they must guide communities towards achieving the 17 objectives of sustainable development. It is not possible to plan without having a geographical culture and without knowing the meaning of the term SDGs. The latter must be well known in depth also by companies.

How can we teach our young generations don’t possess this knowledge? It’s all about consistency. 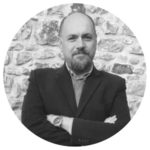 Author: Antonio Natale
Geographer specialized in GIS, remote sensing and sustainable development goals. For over 15 years, he has been working alongside specialists from various fields, public administrations and businesses providing his specialized knowledge and skills in data analysis, GIS design and management of complex projects in which spatial information has a fundamental relevance.
Since 2011 he has been part of the software house TeamDev where he holds the role of COO and manages the gisAction division that deals with consulting and training on GIS, remote sensing for PA, non-profit organizations, training institutes and international organizations.
He is involved in international projects especially in the Balkan area.